The North Carolina Third Congressional District special election is coming! By this evening we will know the complete list of filed candidates. Absentee voting starts March 15 and the special primary election is April 30! So excited to see so many North Carolina’s stepping up to serve.  (from Jen Alexander, Dare Dem Chair)

Statement on Congressman Walter B. Jones

Greenville, NC – After faithfully representing the people of Eastern North Carolina in Congress and the state legislature for over 34 years, Congressman Walter B. Jones (NC-3) passed away this afternoon in Greenville, North Carolina.  He was 76.

Congressman Jones was a man of the people.  With a kind heart and the courage of his convictions, he dedicated his life to serving his Savior and to standing up for Americans who needed a voice. He was a champion for our men and women in uniform and their families, always mindful of their service and sacrifice.

Congressman Jones will long be remembered for his honesty, faith and integrity.  He was never afraid to take a principled stand.  He was known for his independence, and widely admired across the political spectrum.  Some may not have agreed with him, but all recognized that he did what he thought was right.

He will be sorely missed. 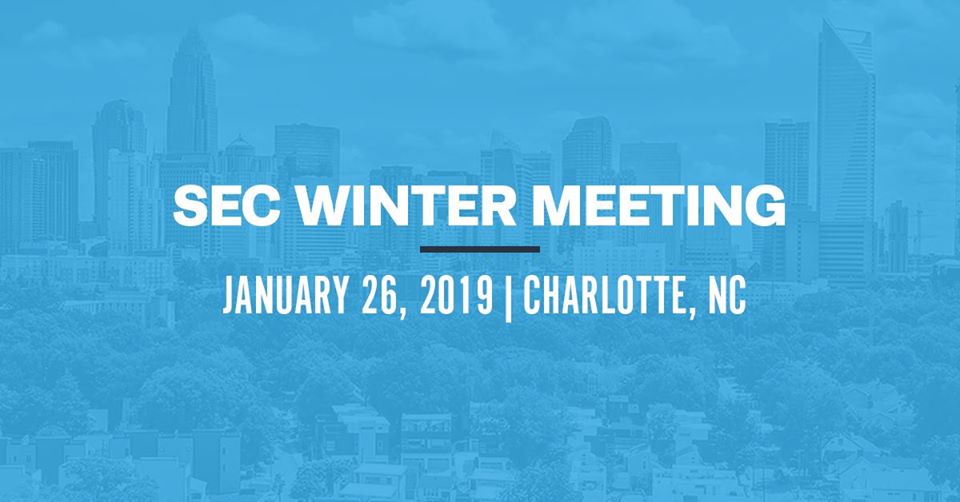 Join the North Carolina Democratic Party State Executive Committee at the
2019 SEC Winter Meeting on January 26th in Charlotte at Mallard Creek High School.  The Exec Council will meet on Friday night at the UNC-C Hilton

Agenda items will include:

WE DID IT, for the past year, NC Democrats have had our eye on one goal: breaking the Republican supermajority. Thanks to Governor Roy Cooper’s leadership, diverse, qualified candidates, and people like you – we reached our goal. Thank you!

Governor Roy Cooper turns 61 today! Join us in wishing him a happy birthday.
Sign his card → http://action.ncdp.org/page/s/sign-the-card,
then share this with your friends so they can sign, too!

Raleigh – Today, the North Carolina Democratic Party announced its full slate of statewide judicial endorsements at a press conference at the NCDP headquarters. The endorsements were voted on by the NCDP State Executive Committee following the state convention this past weekend.

“I am honored to announce our party’s endorsement of our statewide nominees for the judiciary,” NCDP Chairman Wayne Goodwin said. “Each of our endorsed nominees has the intellect, integrity and strong moral compass necessary to rule without fear or favor from the bench.”

At the top of the ticket, North Carolina Democrats endorsed Supreme Court nominee Anita Earls. Anita is one of the nation’s leading civil rights attorneys who has dedicated 30 years to fighting for social and economy equality.

“I am enormously grateful for the endorsement of the North Carolina Democratic Party,” Supreme Court nominee and civil rights attorney Anita Earls said. “I have been talking with voters across the state about our shared commitment to the rule of law and to having a Supreme Court that is fair and impartial.  We will stand up and send a strong message this November that all North Carolinians deserve an independent court where the rules are the same for everyone, not just those with great wealth or power.”

NCDP also endorsed three nominees for the state Court of Appeals. Judge John Arrowood was appointed by Governor Roy Cooper to fill a vacancy on the North Carolina Court of Appeals in spring 2017, and previously served on the Court from 2007-2008.

“I’m honored to have the support of Democrats from across the state and promise to continue to administer justice equally, fairly, and without favoritism for as long as I serve,” said Judge John Arrowood.

“It’s an honor to have the party’s support,” said Allegra Collins. “I’m running to be an independent thinker on an independent court where all North Carolinians can get equal justice under the law.”

Toby Hampson a partner at the Raleigh firm of Wyrick, Robbins, Yates & Ponton where he leads the firm’s Appellate Practice group. Previously, he served as law clerk on the North Carolina Court of Appeals under several judges.

“My life’s work has prepared me to serve honestly and with integrity from the bench, and I’m grateful to Democrats from across the state to receive their support,” said Toby Hampson.

NCDP took the unusual move of endorsing statewide judicial candidates after the Republican General Assembly injected partisanship into the judiciary and canceled judicial primaries statewide. NCDP has taken Republican leaders to court to protest the General Assembly’s attacks on our independent judiciary; a ruling is pending.

Among other issues, the changes have opened the door for candidates to change their affiliation right before filing and run as a Democrat to split the Democratic vote. This weekend, a week before filing, a Franklin County attorney who switched his party affiliation to Democrat announced he is running for a Superior Court judicial position as a Democrat. The move underscores the damage to Democratic candidates and the confusion at the ballot box resulting from the General Assembly’s attacks on our judiciary.

“Republicans have steadily undermined our independent judiciary, even canceling an election that would have allowed the voters – not political party officials – to choose who they prefer on the ballot this November,” NCDP Chairman Wayne Goodwin said. “Democrats will continue to fight for a free and independent judiciary no matter how brazen Republicans’ attacks on our courts grow.”